From Crete to Egypt...

ODear Blog-readers, today we arrived in Luxor, Egypt. After departing Crete.
As today is sunday we were thinking of our home-churches and shared some of
our experiences as Christians, about trust and also that it is amazing that we live in a world,
where many things in history happened that are still of value nowadays! 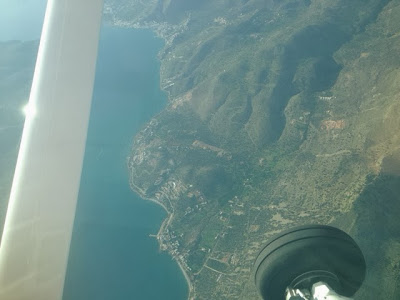 While departing Crete we passed the bay where, according to many Historians Paul made it to land, during the nasty storm/hurrycane which forced his ship to Crete... 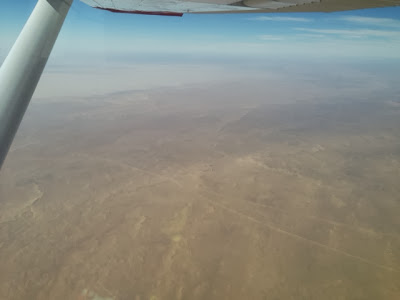 And while we flew into Egypt our thoughts went back to Moses and Joseph, they both spent years and years in Egypt. The Lord guided all 2 of them through difficult stages of life and succeeded with Gods help, and that is what we have found out as well!

And working with MAF in several roles has been also a blessing, we are thankful that planes can be used as  "donkey for the Good Samaritan" and now we are ferrying one of the donkeys to Uganda.

The flight was uneventful, we saw a lot of sand, and have been looking out for the pyramids but the only ones we could spot where the follwing ones... ;-) 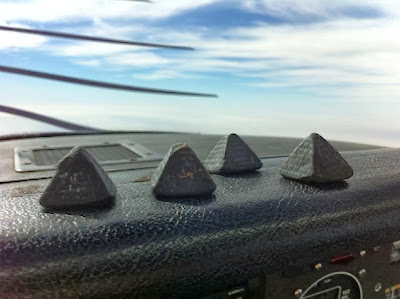 Luxor ATC was very friendly and this time we were able to fly an ILS without any problem and landed smoothly at Luxor Intl. Airport. 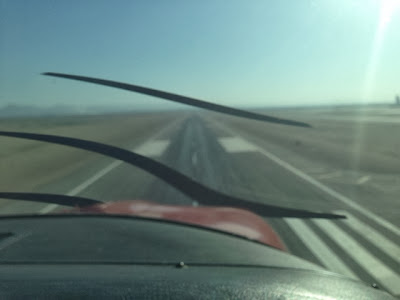 We were met by very friendly Egyptians and thanks to Bo Therkildsen, our professional Flight Planner/Organizer in Denmark, everything went smoothly! Our visums were arranged even without going ourselves to Customs! Fuelling was also arranged by him and was topped upsome time after landing, and we found out the plane consumed exactly the planned amount or even a bit beter! 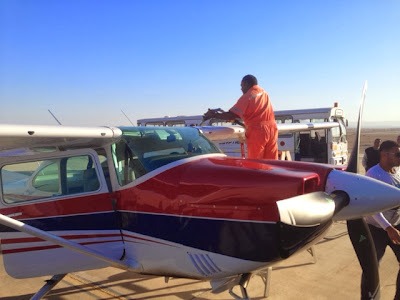 We saw a bit of  Luxor by taxi, but actually regret the fact we don't have much time to visit all the places that are so important in the history of Egypt...

Tomorrow will be quite exciting as we have to wait until we get permission to fly to Northern Sudan...
We had a permit for today to fly into Sudan, but because of the bad weather in Europe we missed that opportunity... We hope and pray this will not be a big problem, so that we will be able to actually get to Khartoum in the afternoon.

The following day we will then head to Lokichoggio Kenya, this route will take us around Southern Sudan where at the moment, as you might know, still some fighting is going on. Although in Juba, where MAF has a sub-base seems to be OK at this time... We almost landed there but to get a permit this late was not so practical...

So until next time! Hopefully from Khartoum, Sudan (if internet is availbable...)

Our new aircraft may be small, but they're having a huge impact.

The Cessna 182 SMA is the newest aircraft type in MAF's fleet, and is already serving in Madagascar, DRC, Angola and Chad.

Now, the latest addition 182, which toured the UK in summer 2013, is heading to Uganda, from where it will serve the isolated people of South Sudan.

On average, a flight on the 182 is 80% cheaper than the larger 208 Caravan, also flying for MAF in South Sudan. Because it is so light and small, the C182 has a flight range of up to eight hours - more than any of MAF’s other Cessna aircraft. This make it one of our most efficient fliers.

Herman Sterken and Jeroen Knevel, both former MAF pilots, will be ferrying the aircraft on its long trip south.